History of tea and the tea ceremony 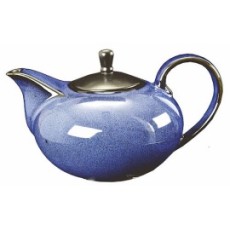 Tea is a household name in many societies and has a very long history that originates in the East. The Western world discovered tea during the VOC period when traders bring the tea to Western cultures. It then becomes a luxury product for well-off. Starting from the 7th century tea in vogue in China, as pleasure article.​

It soon became tea exported, traveling Buddhist monks names during their pilgrimages tea from China with it, to other Oriental countries such as Japan, where it grew into a tradition and where tea was elevated to an art. It is in the 13th century when zen-monks drafted strict rules and practices for drinking tea and made it part of their beliefs.

The Chinese tea culture is around 2000 years old and the oldest tea culture in the world. Japan has in the course of the time the tea culture of China retrieved and refined.

When change is pushed back in the 14th century Zen Buddhism there are some aspects of the tea ceremony, it was an intellectual game for the higher social castes and the monarchy of Japan, which raised to the tea kind of guessing game. To the décor of the tea house could be read off the social rank of the organizer of the tea ceremony.

In the 16th century the Chanoyu-tea ceremony, where drinking tea at a ceremony was seen as reconciliation. Although guessing the tea kind of popular. As a sign of loyalty and brotherhood drunk all participants from one tea bowl and was withdrawal from the outside world and find peace again recovered. The tea houses were given a less excessive interior with a relaxing atmosphere.