In the Japanese tradition is drinking tea elevated to an art form, a tea ceremony, where various traditional practices are part of. The tea ceremony is divided into two categories; Chakai- and Chaji ceremony. The ceremonies are seriously of character and become part of the confession of Buddhism, especially Zen sect.

The relatively simple ceremony which is called chakai is with sweets, thin tea and possibly a light meal is used. The chaji ceremony is more formal, it takes at least four hours and consists of a full kaiseki, a Haute Cuisine meal followed by sweets and thick and thin tea. Both tea ceremonies consist of a series of acts, which are carried out after each other and be determined in advance. During a Japanese tea ceremony is maximum enjoyment with ancient Japanese traditions are kept alive.

The purpose of the chaji tea ceremony is freeing the spirit, of everything he encumbers and taxed. The tea ritual is simple and is held in a tea house which is located in a tea garden. The walk through the tea garden to the Tea house whose interior is adjusted to the principles of Zen and Feng Shui, is a special and the mental preparation for the ceremony with established rules. The movements of the ' and guests are minimal, fluid and effective. The year has the Furo-season, summer and Ro-season, winter. Each season has its own ritual in the course, supplies and atmosphere.​ 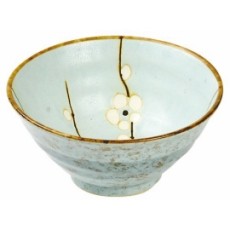 After the walk through the tea garden guests to come in a waiting room, when everyone is present one goes to the tea garden and wait for the host, the '. Which in turn silently and greeted the guests with a deep bow. The company then runs behind at each other through the garden, washing the hands and mouth at a reservoir. To enter the tea room is there weighed down because of the low entrance. This way of go in gives the humility of the guests and to disappear each other the walks of life.

The area of the tea house is sober and simple, nothing should distract the guests. The zenweg should be the center of the tea path are. In the platennis is a paper roll with an Association of spell that applies to the occasion and that is studied by all guests. When the guests have taken the ' appears, this serves a light meal consisting of several courses exists. The iron kettle with boiling water gently hangs above the fireplace. After the meal, the host explains ceremonially new wood coals on the hearth and provides visitors with sweets to prepare the taste buds on the tea. Then the guests leave the room and go back to the tea garden, waiting for the second part of the ceremony.

Then, a stroke of the gong which guests are drawn to the beginning of the second part of the tea ceremony. In the alcove where at the beginning of the ceremony was still the paper, is now a vase of flowers. The host will brings supplies one by one inside, then the host with strictly prescribed hand gestures and movements, begin preparing the tea.

The ritual then what follows is completely traditional and standard. The host put the bowl with the thick green tea down. One of the guests will come on and take three sips, wipe the rim with a damp cloth and gives the bowl to the next guest. Then the tea master closes this part, it cleans all the tea things and show it to the guests. Finally, he puts again coals on the fire.

After this tight traditional part follows a less formal part which can be quiet and soft spoken. There is a small sweet snack is served and the tea things and the new tea bowl and another type of tea are ready put. Each guest gets a bowl of frothy whipped thin tea handed and each guest will receive a brief farewell ceremony ends the conversation that is.